The Patch in focus

I guess most patches get a bit samey. The first year is full of 'wow - Yellowhammers!', the next year is 'good to see the Yellowhammers still here', and short after that its 'rubbish - just Yellowhammers'.

So as I'm on year seven, I feel in need of a bit of a change of angle. And I thought photography might be it. One reason is that I noticed on the small fields and copses of my patch I tend to get closer to birds, and will spend longer on, say, a Treecreeper than I would elsewhere.

My history of bird photography in the modern era goes something like this. Bought a Canon EOS30D and 100-400 ultrasonic zoom lens back in the early 0's. Was a bit rubbish, then was very rubbish. The autofocus packed up so I was reduced to focussing manually with predictable results.

Last year I got the camera checked out, and the auto-focus has gone, and the 30D isn't really supported anymore. So a week ago I bought a used 650D from Wex Photographic.

The patch visit was okay. Raven over, a couple of Siskins over at the same time, good numbers of Yellowhammers, Reed Buntings, Chaffinches, 4 Mistle Thrushes! And a Fallow Deer which turned out to be a young buck.

Here's the pick of the photos. 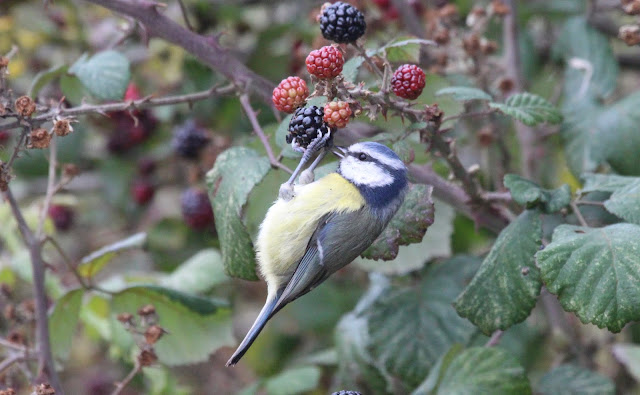 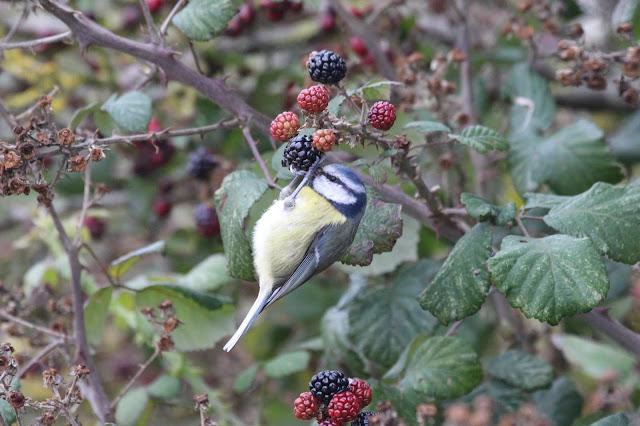 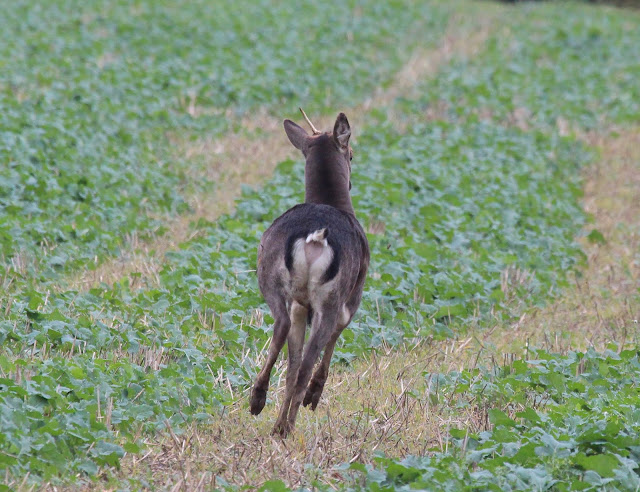 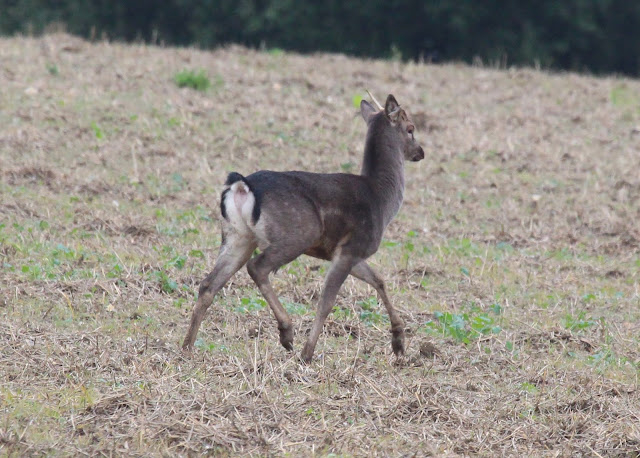 Email ThisBlogThis!Share to TwitterShare to FacebookShare to Pinterest
Labels: patch 2021

With the Worst Autumn Ever drawing to a close, time to tour round the local rarity spots and get that year list closer to 200.

First a lay-bye SW of Earith on the A1123. A vista of flooded fields, we thought we had blown it when we scanned and saw only Wigeon, Teal, Gadwall, and Little Egrets, but six Glossy Ibis took off and flew around for a while, then settled back along the near edge of the fen, mainly just on the other side of the vegetation. But they were active, and soon started giving excellent scope views.

I even got some camera shots. The light blah blah so they are mainly silhouettes. I'm particularly proud of the pin-sharp focus on the railing as four blurry birds fly past. More of that in a future post. Just time to add Marsh Harrier to the day list, then onwards. 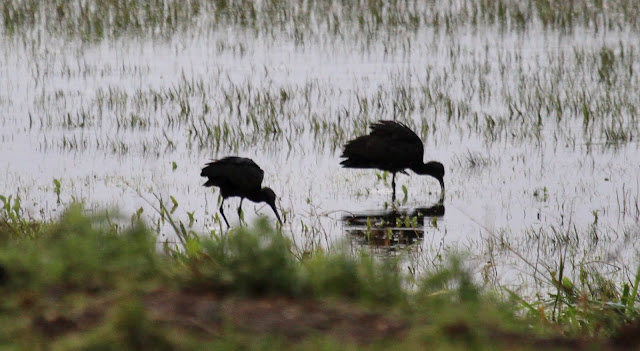 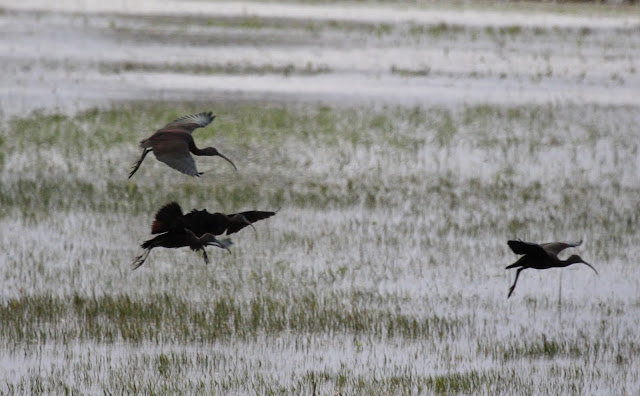 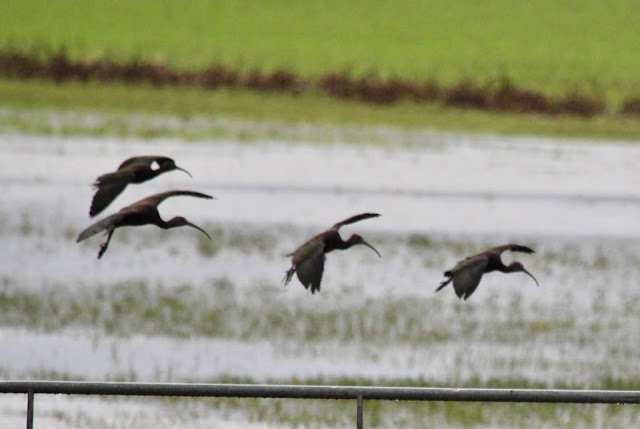 192 in the bag (for those keeping count, 191 was Brambling over my head a couple of days ago at the local vis mig watch point), onwards in search of 193. We went north to Pymoor/Welney, but had no luck, then headed to Eldernell to view the Nene Washes. I hadn't been before, and what a huge expense of prime habitat it is. The wind was however not helping. Mike found Raven and Sparrowhawk for the day list, and we had regular small flocks of Whooper Swans moving west at low level, but just as we were giving up hope on our target we picked up three very distant Common Cranes in flight. Not a classic view, but easily good enough to get the long neck with red adornment on the head through the scope. 193. Just 7 to go now.

Two significant life events recently on successive days. The first was my 60th birthday. Really? you ask? Already? I know. Feels like just yesterday I was 16, then woosh the big six-zero. How did that happen?

Then the very next day, we were dropping D#4 off at University. Mrs D and I have a notional cut-off. The moment we drive away and leave a child at University, that's it. They have crossed the Rubicon into adulthood. All decisions are theirs to make. They own them, and the consequences of their decisions.

The moment we got home it was just the two of us. A house that had been filled with the sound of moaning joyful children was now quiet. Mrs D said, well you're on the home strait now.

D#3 was somewhat put out by the notion of my being on the home strait, a bit morbid. But I said no not at all. If you view your life, as a man, to be about raising a family, about putting food on the table, clothes on their backs, a roof over their heads, then that was it. Job done. Time to relax and enjoy. Every day is a bonus, to be enjoyed for itself, not as a step toward some future moment.

But for how long will this Nirvana last? Well, as we all know particularly after the last 18 months, that is an open question. And if you want to make God laugh, tell him your plans. But it seems sensible to make some kind of assessment. And my assessment is that I've got maximum ten good years. My current plan for my 70th, should I be sufficiently blessed to reach that point, is to spend my remaining years with crates of cold beer and sports on TV.

So if I want to buy anything, buy it now. Do anything, do it now.

And the first up on that list is ... photography!

Email ThisBlogThis!Share to TwitterShare to FacebookShare to Pinterest
Labels: nonsense

A free day, and a strong NW wind onto the Norfolk coast. I'd have preferred a N or NE, but this will do. So I pitch up at Cley Coastguards (now pay and display!) and join Mike in a small line, both of us looking to get our year lists up to 200 in this year of limited opportunity.

There are lots of Razorbills(181), Guillemots(182) and Red-Throated Divers(183) close in, with later a few corpses on the shingle, and apparently some movement such as Mandarin W. I set the scope up and pretty soon I'm onto a gull with clear two-tone plumage, dark body, fore wing and leading edge and white primaries and trailing edge. A few others get onto its and yes its a Sabine's Gull(184) Fantastic. It flies W, at its leisure, and we get decent middle-distance views of this impressive bird.

There are a steady stream of ducks moving West, mainly Teal, Wigeon and Common Scoter), but we manage to add  Great Skua, Pintail, Red-Breasted Merganser(185) to the list, see a female Merlin(186) belting west over the eye field, a Rock Pipit (187) and Purple Sandpiper(188). So we are very happy although we don't pick up the two Grey Phalaropes but no-one gets everything. And on we go.

We call in at Burnham Overy. On our way to the dunes we saw lots of Pink-footed Goose (189), a few Barnacle Geese, etc, and then I set my scope up and Mike wandered into the dunes in a futile search for any passerines (saw no migrating finches or thrushes at all all day). On my own, I scan the sea, and find, unbelievably, a small party of a few Kittiwakes and two more Sabine's Gulls heading west, their contrasting bright white and dark grey plumage almost shining in the scope.

Finally Titchwell where a Rose-Coloured Starling has been coming to join a few hundred Starlings at roost. We head out to the beach and Mike picks up Greenshank on the way out, then on the expanse of beach (it being low-tide) have some great views of Sanderling and Bar-tailed Godwit high up on the beach and amazingly another Purple Sandpiper this one allowing us to get quite close.

The sun is setting so we head back to the freshwater marsh to join others waiting for the roost. Out on the newly shovelled mud there are a few hundred Golden Plover, 2 Ruff, various other water-related birds, and as the sun descends in the sky some Marsh Harriers cruise over to the roost in the SE corner.

There are, however, not many Starlings, about a hundred hunched together on the mud. But as the light begins to go others come in, in tens, then hundreds. The numbers soon swell, and the flock keeps flying up in ripples and resettling. They make quite a sight, as groups bathe at the waters edge sending spray everywhere, and the birds are in a range of adult and late-juvenile plumages. Still no Rosy Pastor. As the light dims further and the temperature drops, and the numbers of Starling goes up into the thousands, it is becoming increasingly clear that the star is not going to appear on the stage tonight. It would take a miracle to see it now. People are beginning to drift off. I keep searching through the scope, and miraculously, there on the water's edge for a few second is , well ...

It's not a common Starling in standard plumage. It is quite pale cold grey underneath. It has a solid block of dark wing plumage, and in the brief time I have it is facing quarter-angle towards me so I cannot see the back well. And then it is gone.

I'd have preferred more time to get a good look. I was expecting something a bit more buffy all over. But I recalled a photo (here) which I checked out afterwards and I think there is nothing to be gained by worrying about some weird plumage aberration in Common Starling. Where's the fun in that? Lists don't fill themselves, so there we are. Rose-Coloured Starling. 190.