A walk round Wall Wood just off the South-West corner of Hatfield Forest today. It is managed by the National Trust and has been recently fenced off (with gates for access) to keep deer out. I neglected it over the winter mainly because the Hawfinches were in another part of the wood, but thought it worth a trip to see if keeping the deer out had enabled the Early Purple Orchids to reappear.

And they were back. One area had 63 spikes (in the SE corner) and there were a few spikes elsewhere in the Southern half. A clear vindication of the NT's policy of keeping deer out. all we need now is Nightingales. 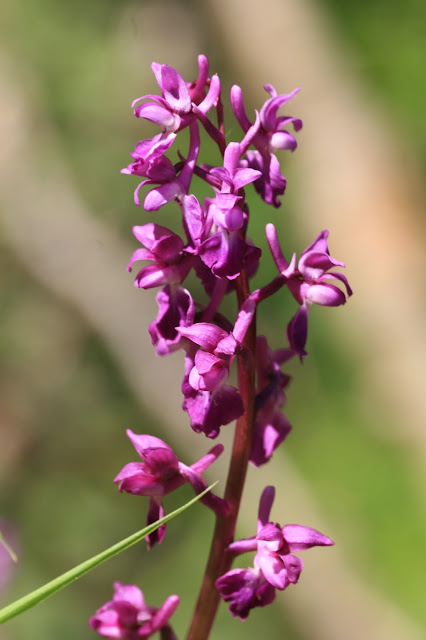 Otherwise there were a few insects, including some busy bumble bees, one of which passed briefly to enable this photo which despite the quality shows the main features: 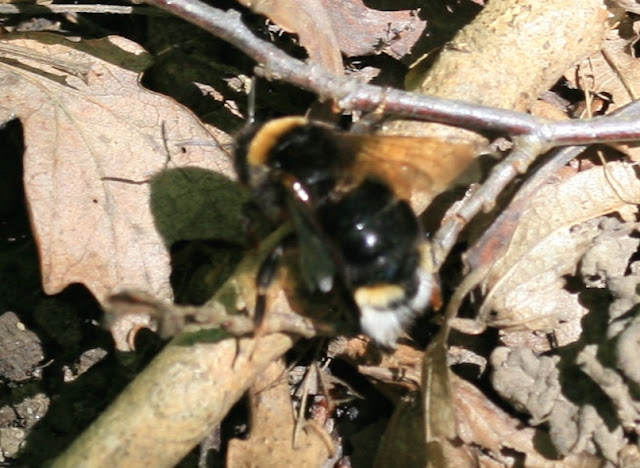 I did wonder whether this was a Buff-tailed queen that had lost its fur from its middle, but the yellow edge to the lower white gives away that this is a cuckoo bee, and I'm reasonable sure it is a Vestal Cuckoo Bee Bombus Vestalis which last year for a while was the commonest bee on my patch. I saw a few later in the day round Pishiobury Park, and one of the most distinctive features is a notch or gap in the centre of the white tail. So if you see a queen which is all black apart from a ginger collar and white tail with a notch in it then I think it is this species.

Also was a gathering of small bees, too few and sparse to be properly called a swarm. There were bees of several sizes, so I had a go with the macro lens and got these. 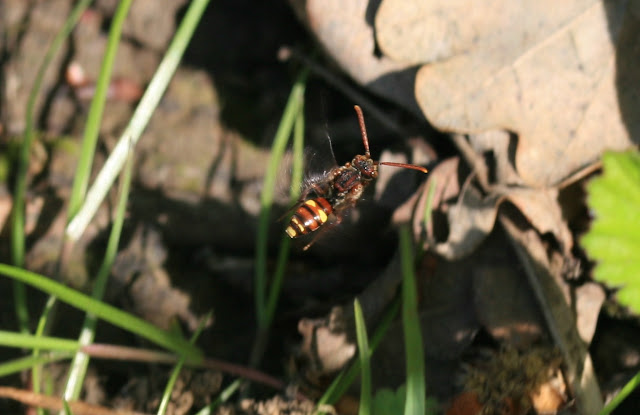 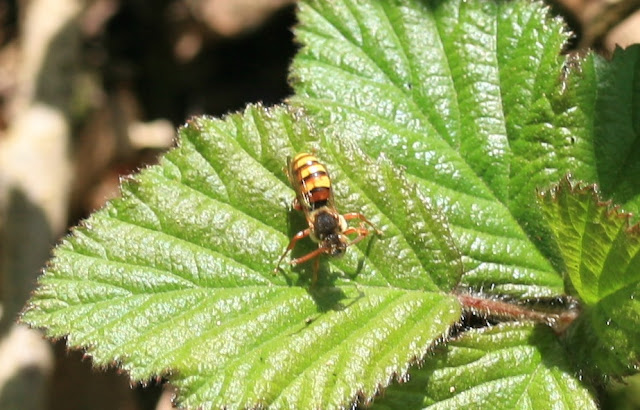 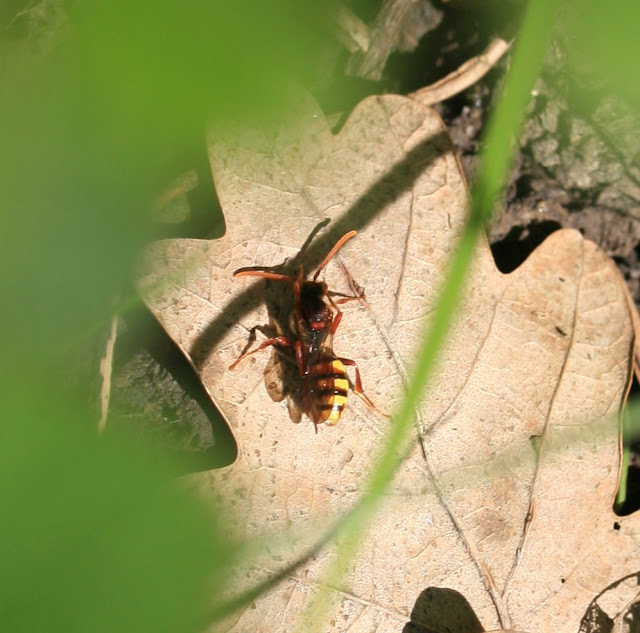 I think I'm on reasonably safe ground saying these are Nomad Bees. After that, it is a but more difficult. The top one looks like a Long-Horned Nomad Beetle due to the extent and positioning of the red but my guide book says it is scarce so probably not one of these. A Flavous or Painted Nomad Bee may be more likely and the second may be one of these. In truth I have no idea. Anyway, this is another class of creepy-crawlies to have some camera fun with over the summer.

UPDATE: Twitter came to the rescue on Nomad Bees with Jono Forgham suggesting Fork-Jawed Nomad Bee. This would seem to fit with the second photo which would be the smaller male, and the comment in my guide book that it is "common throughout much of southern England". Steven Falk very kindly also gave some other possibles such as Painted or Flavous as apparently the appearance is variable and really you need a specimen. If I photograph more of these creatures I will just suggest possible IDs as I am not up to capturing and dissecting them.

Steven kindly responded to a tweet message, which gives me an opportunity to plug his book "Field Guide to the Bees of Great Britain and Ireland" which is a wonderful book. At this time of year I am browsing through it or reading in detail almost every day. Highly recommended
at May 07, 2018 No comments: