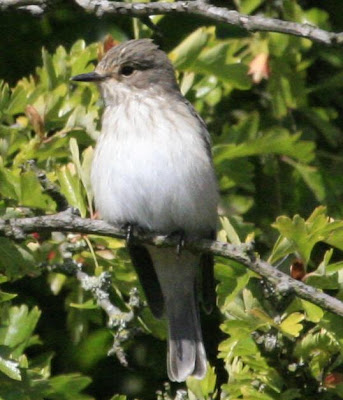 D#1 and myself took Elvis for a walk in our local park. It was around noon, so birds seemed to be hiding. We had a few House Martins and Swallows and Golfinches, and then near the car park had Whitethroat, a Willow Chiff, a Green Woodpecker and a couple of Spotted Flycatchers (adult and juv). 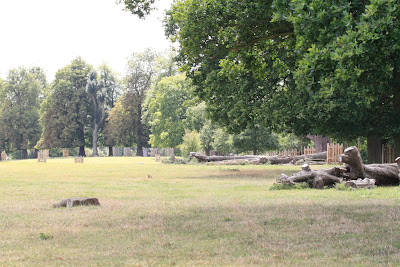 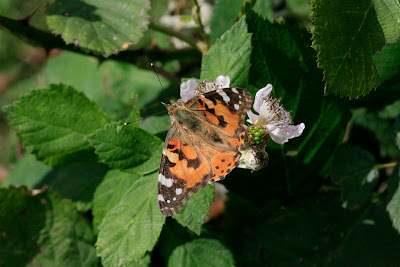 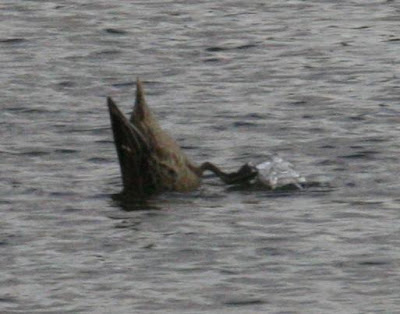 I don't normally go to Rye Meads as it seems like going to the Zoo, peering through the hides at the exhibits, but the pull of Garganey and Ruff, both birds I've missed so far this year, was too much. So on the way back from the local Mecca that is the Harlow Retail park I popped into the Reserve.

I got Ruff, Green Sandpiper, and finally was put onto the Garganey by the chap next to me who seemed to recognise it when it was in the posture above. 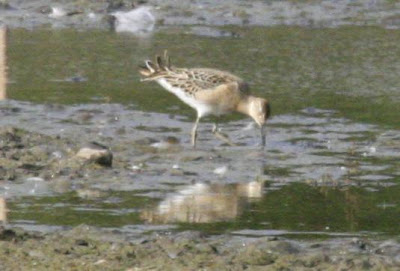 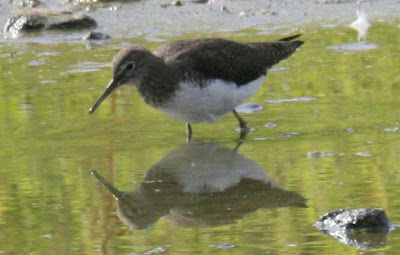 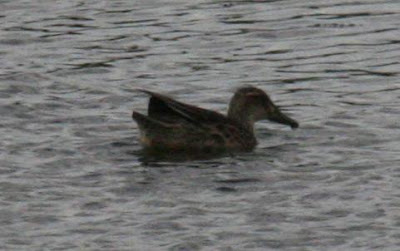 Went for an "activity weekend" with D#1 and D#2. Weymouth has been quiet for birds so no pressure to hit the hotspots.

Saturday we cycled down the Rodwell Trail to Ferrybridge. Its the old railway line so its mainly flat. It's nearly ideal for cycling, but the combination of groups wandering slowly along it and Chris Hoy Wanabees screaming past mean you have to be wary. Anyway, we had an adult Gannet in Portland Harbour, some Dunlins, Ringed Plover, and Turnstone at Ferrybridge, and on the return journey a Peregrine wheeled overhead.

Monday am I nipped out to Lodmoor and had two Black-tailed Godwits, 2 Common Sandpipers, 3 Sandwich Terns and 2 Med Gulls; one an adult with a white Darvic ring on the left leg with the last three digits 076. Then later Monday we went Mackerel fishing in the bay. We had a Peregrine sat on railings on the harbour breakwater, another 4 Med Gulls round the harbour mouth, and about 20 Mackerel and a Pollock thrashing round in the bucket in the boat!

Perhaps the strangest wildlife experience was snorkling at low tide in the bay. There was not much to see, just a few snails scurrying round and some razor shell inhabitats above the sand, but it was just a serene moment slowly drifting back and forth with the waves in time with the scattered sea-weed.
at August 25, 2009 No comments: