With hay-fever rampant and birds getting on with raising young, its local visits for insect life for me at the moment, mainly with my new macro lens.

Here's some from the patch

One of the benefits of being an idle and clueless gardener is that the forest of unkempt plants does attract a few insects. 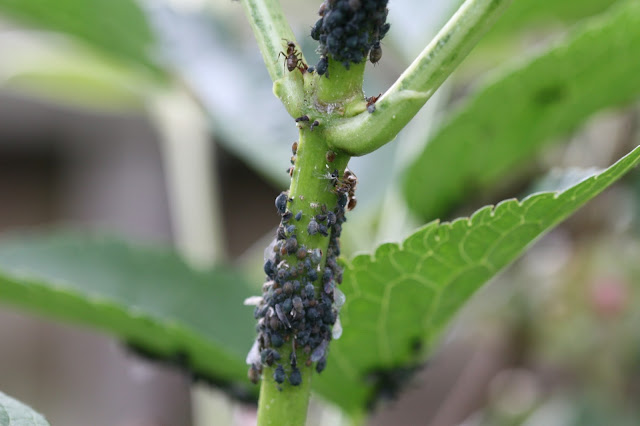 This is black bean aphid as found in all the best untended gardens. If you look carefully you can see ants too. Here's the explanation for their presence courtesy of wikipedia: "Ants climb the host plants and feed on the honeydew secreted by the aphids. Many species of ants have developed behaviours to enable them to protect and encourage their aphids. Black garden ants (Lasius niger), for example, remove predators such as ladybirds from the vicinity of aphids, thus keeping their "milch cows" safe."

A plug for a fantastic book "A Buzz in the Meadow" by Dave Goulson, in which he observes that the aphids usually reproduce by parthenogenesis, i.e. the females produce more genetically identical females, but toward the end of the year some grow wings (you can see some winged ones in the picture). These winged ones fly off and reproduce sexually. The ants don't like this so tear the wings off some aphids. It is just great to see this kind of drama being played out in your own garden 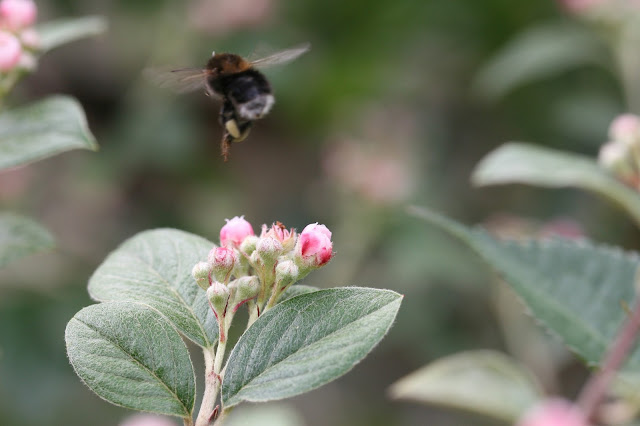 A second too late as a bumblebee flies off. The dark tan head, black body and white tail show this is a female Tree Bumblebee (Bombus Hypnorum). Appropriately in the midst of a series of posts on global warming,  the Tree Bumblebee was unknown in the UK before 2000, but has expanded its range north and is now common and widespread throughout southern England. 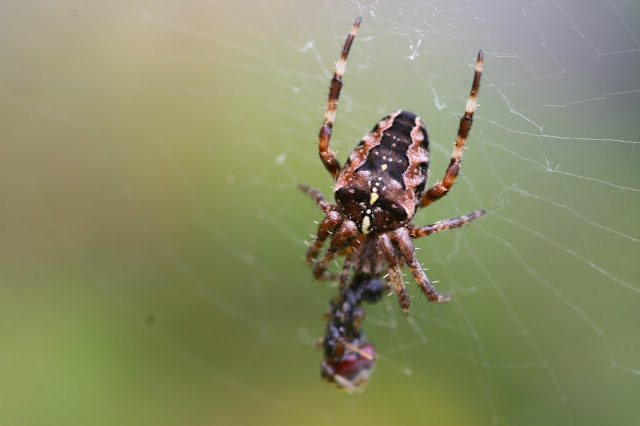 I Interrupted a Common Garden Spider having its lunch.

Posted by DorsetDipper at 4:43 PM