So, a few days approaching at half term when you can get some birding done. Do you a) want the cold snap to continue so there’s a chance of some scarce birds being around due to the cold weather or b) want a clear dry warm spell so you can watch the usual stuff in comfort? Well for me it was unequivocally b, which makes me a fair-weather birder.

First up on Sunday morning was Portland Harbour, in warm still conditions birds were easy to pick out. From Castle Cove Yacht club were 3 Great Northern Divers, 3 Slavonian Grebes and 6 Black-Necked Grebes. The BNG’s were easy to pick out from the slavs because they were all in one close-knit flock whereas the Slav’s don’t seem to like each others company. From the National Sailing Academy there was another 3 Great Northerns and a Slav, and then from Portland Castle there was 2 Black-Throated Divers and another Great Northern (there may have been some double counting of these). A Shag and about 50 Red-Breasted Mergansers were year-ticks.

Then a family walk from Langton Herring down towards Herbury Gore, and round The Fleet to Rodden Hive and back to the village. A short muddy walk, but from the children’s moaning you’d have thought we were recreating The Battle of The Somme. Anyway, 15 Red-Legged Partridges and 10 Roe Deer on the way down to the fleet, then 15 Redshank with 3 Dunlin and a few Turnstone, and on the water over a hundred Wigeon, 7 Pintail, lots of other dabbling duck, and on Chesil Bank there was a Peregrine patrolling. A flock of about 50 Linnets and 30 Pied Wagtails were in one of the fields, and Robins were a constant accompanyment in the hedgerows by the Fleet.

On Monday morning a quick walk up to Radipole; a Creamcrown Marsh Harrier patrolling the reeds by North Hide, and a Water Rail washing itself at the egde of the reeds were highlights, but 30 Snipe were notable. We then went to Cogden beach, and on a flat sea had a Common Scoter and a distant Red-Throated Diver, identified by its frequent head-shaking in flight. I could just make out some Fulmars from the cliffs at West Bay .

The Tuesday morning and a couple of hours at Lodmoor. At the marsh by the seaward end of the path to Beachdown Way there was a Water Pipit - an embarrassingly long time since I last saw one - and a Green Sandpiper. A couple of Raven were beating up a Common Buzzard in the middle, and a Spoonbill was doing what Spoonbills do - sleeping. A site record for me was Coal Tit, and around the reserve was 215 Lapwing, another 32 Snipe, a Goldcrest and an adult Med Gull.

Finally we did our traditional walk round Portland bill, got Rock Pipit for the year and saw a Great-Northern Diver offshore, but there was no sign of the Purple Sandpipers today. Overall a good set of birds and all done in warm bright still weather - fantastic.

A few shots from the walk round the Fleet. 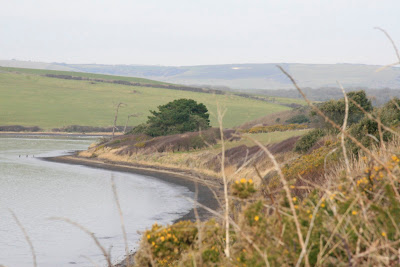 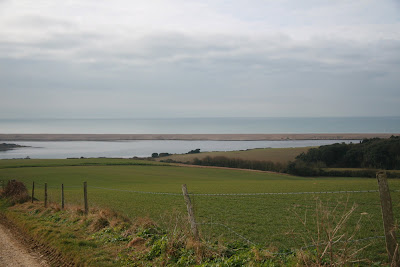 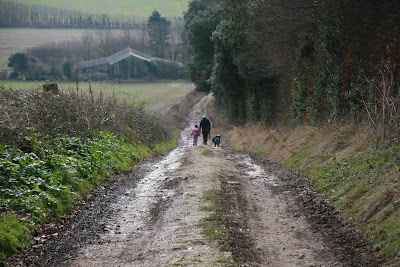 Some local dog walkers alerted Steve to a regular Barn Owl local to Sawbridgeworth, and we've managed to see it a couple of times. We decided on Sunday to see if it had survived the Snow, and were rewarded with not one but two Barn Owls hunting together.

We noticed one was paler than the other, and duly hit Google today. I came across this and this

The abstracts are all written in that weird form of English that scientists use when presenting their work. I recognise and understand the words, it all appears to be grammatically correct, but when I stand back and look at it I haven't a clue what it means.

It states that male Barn Owls are paler than females, so we may have been watching a pair (this makes sense as they hunted together without any rancour or aggression).

It also states that darker Barn Owls are healthier than pale ones, and that darker birds pass on their extra darkness to offspring of either sex.

The second reference contains this:

"In northern Europe, male and female T. a. guttata are reddish-brown and heavily spotted, and in southern Europe male and female T. a. alba are white, but only females display many spots. Here, I discuss the relative importance of direct selection, genetic correlation and the post-ice age invasion of Europe by T. alba, in generating sex-specific cline variation in plumage spottiness and non-sex-specific cline variation in plumage coloration".

and elsewhere there's reference to 25+ races of Barn Owl across the globe.

So, the Barn Owl contains features that make it a messenger of evolution, and in particular contains information of the spread of birds after the ice ages, but unpicking that information seems to be beyond science at the moment.
Posted by DorsetDipper at 6:24 PM 1 comment:

In our 10 years in the East Herts area, this is the worst snow we've had. Birds such as Barn Owl, Cetti's Warbler, as well as everday garden birds, must be struggling.

Here's a few pictures of Sawbo in the snow. 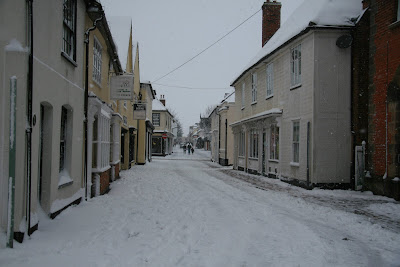 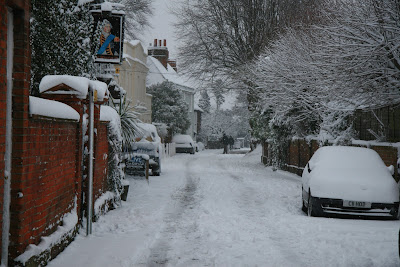 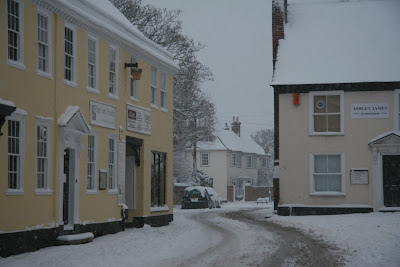 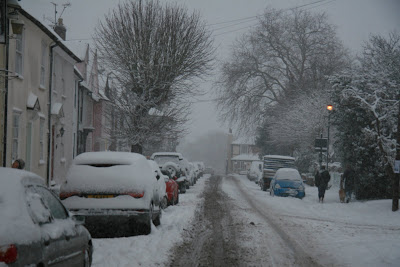 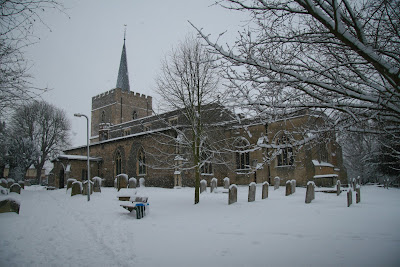