lunchtime today, strolling by the Thames, when a small flurry of avian snowflakes appeared whirling over the river. A flock of Terns, tumbling and swooping around and under London Bridge. I counted 18 in total, a mix of adults and juveniles. I'd guess Arctic Terns, mainly because that's what I'd like them to have been.
Posted by DorsetDipper at 7:44 PM 2 comments:

To Hanningfield Res today to get a few September goodies.

Late arrival due to infuriating Sunday Driving, so I dashed round to the Oak Hide. I was soon admiring 3 Black Terns, an imm Little Gull, a Greenshank, a juv Knot,and a couple of Common Sandpipers.

The point hide has similar but there was a Herring Gull sat down ... 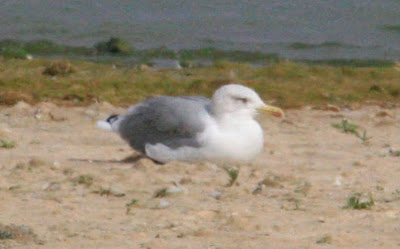 ... that morphed into an adult Yellow-Legged Gull when it stood up. 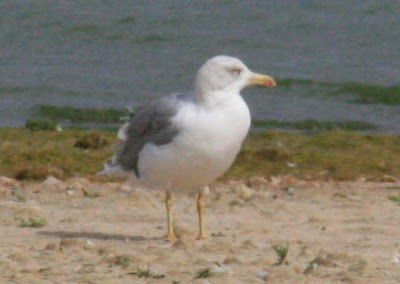 I was about to leave, when I gave the far shore another scan for the Buzzards and Hobby that had been reported earlier. They were absent, but there was this ... 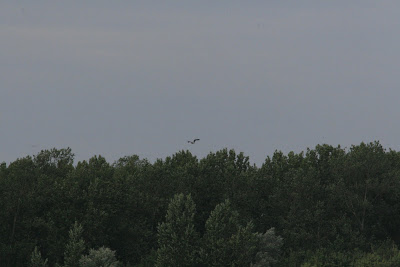 ... that on close inspection turned out to be this. 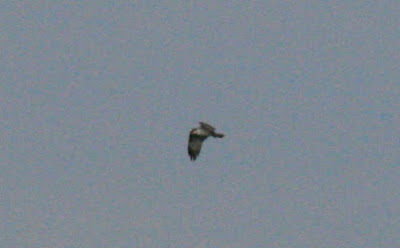 I spent the next half-hour watching this Osprey diving into the water in frustrated attempts to catch a fish.

I was just one annoying Sunday Driver away from missing it too, as I was overdue on my leaving time. I guess sometimes you just don't realise when someone's doing you a favour
Posted by DorsetDipper at 11:57 AM 2 comments: