Baird's or Broad Billed? both 2 hrs in the car and about 100 miles. In the end, the Baird's at Minsmere has it because Minsmere is a top quality nature location and Frampton Marsh RSPB (Broad-Billed)  looks to me like a shed in a muddy field.

The Baird's had gone, along with all the more interesting waders. There were still Spotted Redshank, but not whilst I was there, and a Honey Buzzard flew over, but I was elsewhere at the time, and there was a Stone Curlew in the field but I missed it. I missed so much I'm not sure I went to Minsmere at all. Maybe I ended up at a nearby country park by mistake.

There was other stuff though, particularly the famous Beewolves. These are solitary wasps, although given the numbers that may be a bit of a misnomer. I guess 'solitary' refers to the fact that they don't form communal nests but instead each has their own burrow. They dig about a metre down, have 4 or 5 nest chambers, lay eggs and then feed the larvae on bees they paralyse and drag down the holes. Brutal. Here's some pictures. 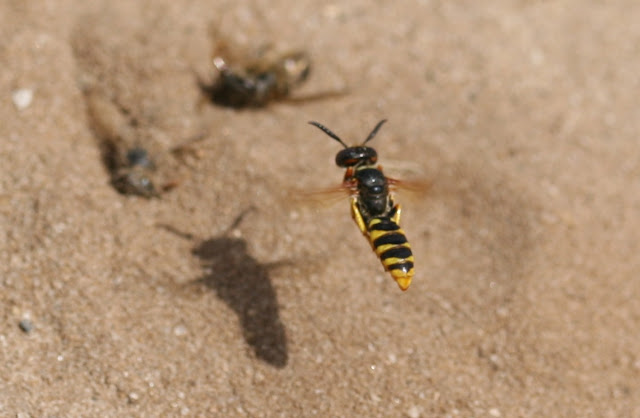 There were a few Grayling butterflies on the beach. As soon as they land they show a bit of a brown fore-wing underside with orange flash and eye, then retract it. Here's one in typical pose.

Up to Whin hill. At the top there were meant to be silver-studded blues. I saw only brown ones that looked like Brown Argus, and when I got home and looked in Tomlinson that's exactly what they were. Check the flash on the lower underwing. 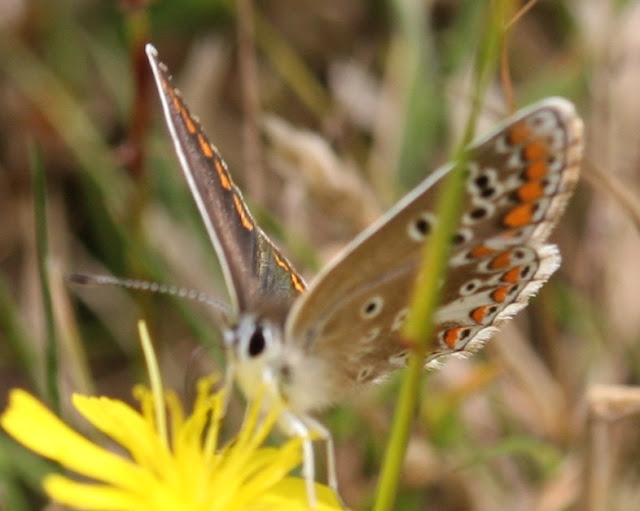 There was lots of an attractive pink -thyme like plant, which may be Wild Thyme or may be Marjoram. I'm not sure. 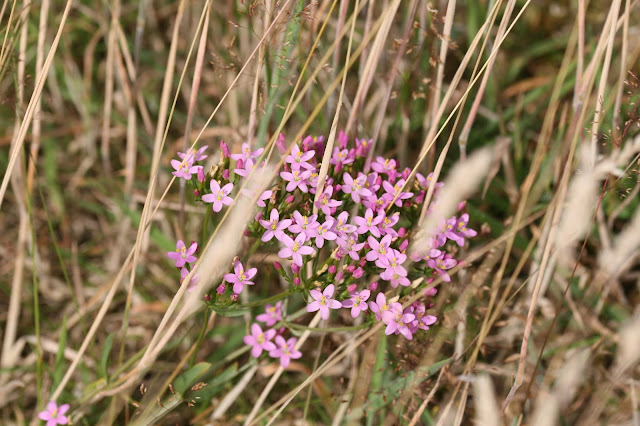 And lots of this bumble bee. The elongated abdomen with extensive white tail is quite distinctive.  I think it may be Garden Bumblebee as this says they have a distinctive long appearance which these have. But it doesn't have the lower band on the thorax ... hard work sorting out these bumble bees. 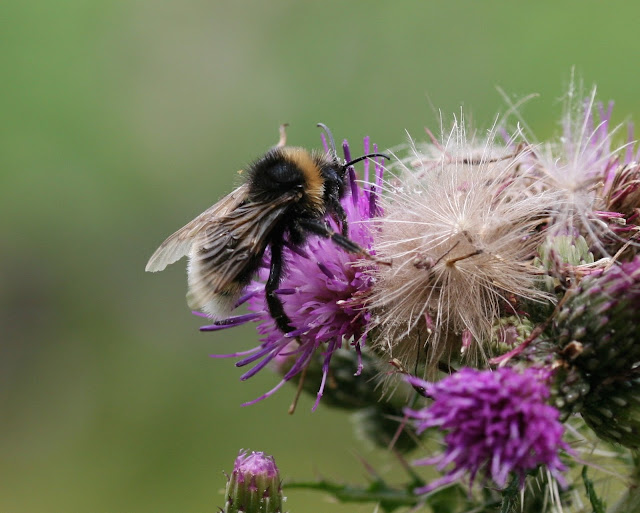 Posted by DorsetDipper at 9:31 PM

Let's make money with your blog.. You gonna love this XoXo