Is Radipole worth a visit?

When staying in Weymouth we are in close proximity to Radipole, but I rarely go there. I thought I'd take the camera for a walk round the reserve and see what turned up.

I started (Monday 8 am) on the SW side, and stopped opposite the RSPB centre. There was the usual healthy collection of commoner water birds - Great-Crested and Little Grebes (about 10 of the latter), Shoveler, Gadwall, Teal, Shelduck, and lots of gulls.

A kingfisher perched on a reed for a couple of ticks (not common for me here), a Cetti's Warbler sang from a nearby bush, and a male Stonechat showed some interest. 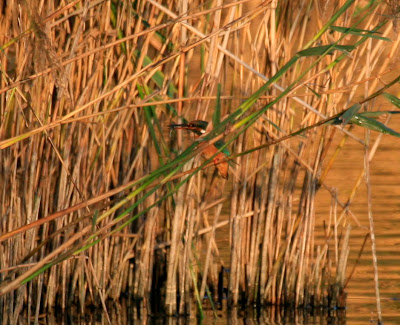 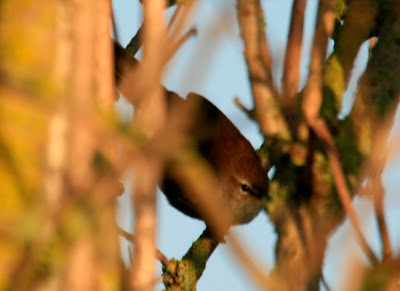 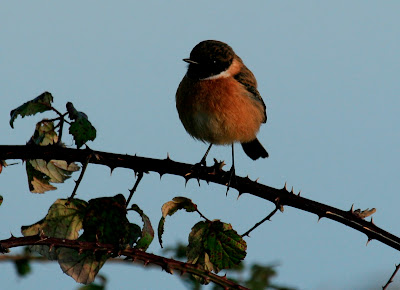 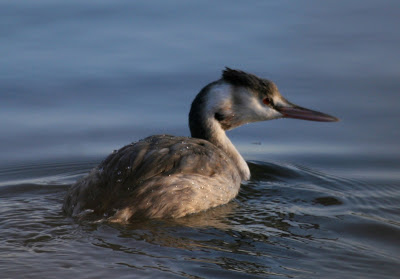 There weren't many BH Gulls present, but there were a large number of Mediterranean Gulls amongst them. I counted 13, a mix of adult, 1st and 2nd Winter, but this is a small fraction of the numbers here recently (this pic taken from the other side later).

I checked for one of the varieties of Herring Gull that have been seen here recently, but the best I could come up with was this. Any comments? 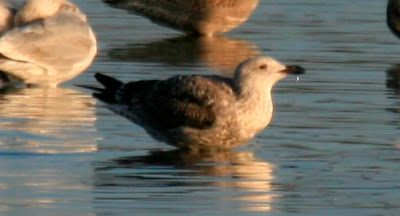 I went up to the Buddleia loop and looked NW across the mere to north hide. Here's the view, with a Common Buzzard in the middle. 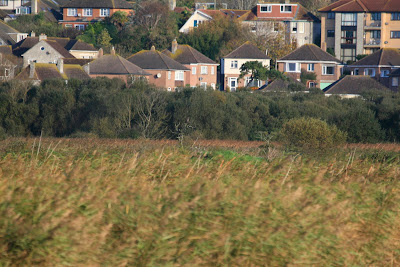 There was a constant pinging from the opposite bank, and eventually 4 Bearded Reedlings flew up and off. Cetti's Warbler and Water Rail made their presence known with calls, and there were 30 Gadwall, more Shovellers, and 2 Pochards. 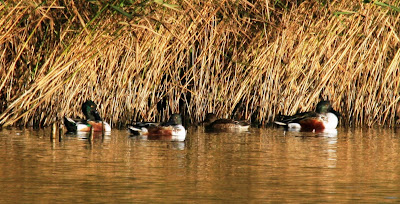 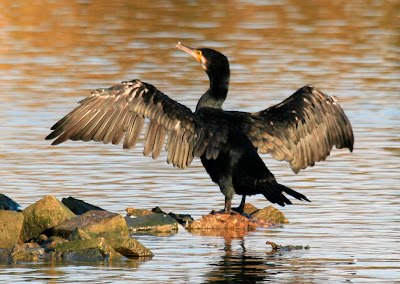 Back via the centre where there were 8 Snipe, and of course Hooded Merganser on the boating lake.

So not a bad list. But the problem with Radipole is that list doesn't change much during the winter. You could see Bittern if you were lucky or persistent, and maybe a Scaup will turn up amongst the Pochards, but it has lost quite a lot of the variety over the years. I'll fish out my records from winter visits over the years soon for a comparison.
Posted by DorsetDipper at 4:50 PM